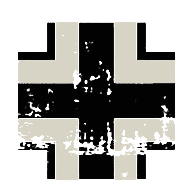 The German Army (also known as the Wehrmacht or GE for short) is one of the three playable factions in Heroes & Generals.

For an in-depth lesson on Germany's involvement in the Second World War, click on any of the links below:

Germany is symbolized with a purple color in the RTS map when the tactical color scheme is enabled.

Retrieved from "https://heroes-generals.fandom.com/wiki/Germany?oldid=425"
Community content is available under CC-BY-SA unless otherwise noted.