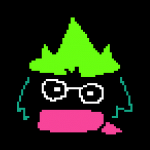 I am the founder of the Heroes & Generals Wiki (more specifically the Fandom version).

On the Heroes & Generals Forum, I am known as "the map guy" or by my username,RadicalEdward2. I joined the H&G community back in 2015. Since the game's release, I have spent the past year or so posting proposals for new maps as well as ways to fix existing maps which have gained a following within the game's community.

Why Do You Primarily Play Axis? Edit

First things first, I am strictly against the idea of faction biases in Heroes & Generals and believe that faction biases within the development team is extremely unhealthy as it only weakens the foundation of the game and its player-base.

As for why I frequent playing German during War, my sole reason behind playing as the Axis is because I enjoy games that offer the ability to play as the bad guys. Having played WW2 games from the early 2000s to now (from the beginning to the end of the WW2 genre over-saturation period), the novelty of playing as "John Allied, US Marine Man" wore off. I don't condone any of the actions committed by the Axis but, there's something fun about playing as video gaming's favorite villains, "the Nazis" (despite not actually playing as the political party in-game).

I mean, after all of the WW2 games that focused on sabotaging Axis super weapons, who wouldn't want to play for the side with experimental aircraft and armor, the Ark of the Covenant (allegedly), the Holy Grail (allegedly), lasers, aliens, giant robots, and all those other bells and whistles?

Why Do You Sometimes Play Soviet? Edit

Once upon a time, there was a game called, Command & Conquer: Red Alert. The game was set in an alternate universe where Albert Einstein traveled back in time and erased Adolf Hitler before he could rise to power. Upon returning to his lab, Einstein discovered that without Hitler rising to power after WWI, Joseph Stalin took Hitler's place as the cause of WW2. As the icing on the cake, any scientists that would have developed secret weapons for the Axis would instead make them for the Soviets (including the V-2 rocket program, jet propulsion, the Landkreuzer P. 1000 Ratte (aka the Mammoth Tank), funding for Tesla technology, etc.

By playing as the Soviets (who for some reason are fighting everyone in H&G), I can pretend that I'm playing the Red Alert FPS that I never got. A WW2 where the Soviets steamroll over Europe and eventually plot to invade the US in the sequel.

Why Do You Play US Once Every Few Months? Edit

Sometimes, I like to imagine that EA didn't kill the Medal of Honor franchise. So when all else fails, I use playing as US as a substitute (minus the Oscar-winning stories written by Spielberg and music composed by Michael Giacchino).

Lesson to Be Learned Edit

I don't want to give in to the notion of glaring faction biases with weapon nerfs to compliment then. I just want a WW2 game that's fun and doesn't suck.

How Did You Learn to Make Maps Edit

Ever since I was young, I relished the idea that games could be released with Map Editors. The first game I ever played to feature this was Sim City 2000. After that, I spent months (even years) messing around with the map editor shipped with C&C: Red Alert.

From Red Alert, I learned the basics of gameplay dynamics like game flow, chokepoints, and even AI pathfinding. I then spent a few years messing around with the Age of Empires II editor and learned how scripted events and entities worked. From that point on, I went on to play WW2 shooters and learned how those gameplay dynamics translated onto a three-dimensional field.

Around 2005 or 2006, I discovered SketchUp (at the time Google SketchUp), a 3D modeling software that was used to create buildings for Google Earth (and later Google Maps) during its infancy. Prior to use of photo-textured buildings like the ones seen on Google Maps today, all of the buildings were simple white blocks that served as representations of real buildings. The fleshed out buildings were all community-made.

While the majority of users of the software utilized it almost exclusively for exporting buildings to Google Earth, I (along with a niche group of users) used the software to create video game maps as well as assets from existing video game franchises. I did this for over 10 years; slowly teaching myself the basics of level design in the 3D format.

Around the same time that I was experimenting with SketchUp, discovered a little gem called, Star Wars: Empire At War, which shipped with yet another map editor that used the Alamo engine. I spent countless days learning how to implement stuff we all take for granted like trees, terrain, and water and even the more complex stuff like terrain properties with restrictions, boundaries, skyboxes, and anything else I could get my hands on while exploring the endless tabs and toolbars of a literal dev kit for map making. The Empire at War map editor wasn't just some watered down version of an editor like Forge in Halo. It was a full-fledged software that was imported with the game with an incomplete readme file! It was amazing! Extremely tedious but amazing!

Rambling aside, I spent a lot of time teaching myself the fundamentals of level design and map making and that's what brought me to Heroes & Generals.

What Got You into the Map Making Scene of H&G? Edit

When I first heard about Heroes & Generals, it was from a sponsored video by FrankieonPCin1080p. I saw that the game was still in open-Beta and it looked promising. The gameplay (at the time) seemed solid and the maps looked promising. I decided to give the game a try and it showed a lot of potential. Once the hype of playing a new WW2 game long after the end of the WW2 over-saturation period wore off, I started to notice all of the (at the time seemingly) little issues with assets in the game like lack of windows.

I thought to myself, "Oh this games still in Beta! I'm sure they'll buff out the blemishes before they launch the game."

I then heard that the game was going to be launched and that was when things got interesting. I started hearing about the toxicity between the community and the devs and thought it was a bunch of exaggerations so I joined the forum and binge watched some of the devstreams on YouTube. I still couldn't figure out what was wrong...and then Garman happened.

Every bit of charm that I had seen in the maps prior to Garman (launch) was seemingly sucked out of all of the maps. Sure, I had my little mixed feelings about certain aspects of the maps that got me going but, Garman... oh, Garman. That was the update that had me woke (as the kids would say). It was like the deaths that turned Bruce Wayne into Batman. I made it a mission to try to help steer the devs in the right direction.

Keeping in-mind that the game was being developed by a relatively small team, I thought it would be the perfect place to work my way into the gaming industry so I went from posting little suggestions with thought out notes to back them up to full-fledged college level essays on what needed to be done. Seeing as how the game was a self-proclaimed user driven development, I told myself that all I really needed to do to make sure this game didn't stray off its development road map was by being as precise and in-depth with my posts as possible.

As time progressed, I somehow managed to garner a small following of individuals that were interested in my work. Then, some of the devs started to notice my work and even followed some of my posts. Being the newcomer that I was, I was told on a few occasions that my attitude and drive was a breath of fresh air in the already disgruntled community.

With all of the positive feedback, it motivated me to continue posting map suggestions and feedback until people began to notice me in-game and actively wanted to talk to me about my work.

I will say that I have also been told to just give up because the devs aren't listening but, that's actually quite the contrary. I've talked to a few of the devs outside of the forums and I know that they're impressed by my work. Something a lot of members of the H&G community tend to forget is that the devs are also human. They're not just a bunch of suit-wearing corporate guys in a skyscraper somewhere smoking cigars made of money and that's one of the reasons why I try so hard to ensure my map proposals are as concise as possible and (for the sake of limited assets at their disposal) within the realms of tangibility; bring me to my next point.

Some of the first times that I spoke to the devs (who will remain anonymous), I was told that while they enjoy the quality and detail of my map concepts, map revisions, and my proposals to rework interiors, making them a reality isn't as easy as it looks. Taking their words to heart, I dedicated days and even months to replicating buildings present in the game. At first, it started out as a side project to see what buildings would look like if they utilized the "modular construction" methods that were showcased in the devstreams to a higher degree, to using the exteriors of the replicas to make 3D versions of my proposals using their assets.

And that's what brought me here. I'm just a nobody that saw a WW2 game with potential but, wanted to help it go above and beyond its full potential.

Retrieved from "https://heroes-generals.fandom.com/wiki/User:Radical_Edward2?oldid=155"
Community content is available under CC-BY-SA unless otherwise noted.